She reaches over and pinches my nose.

At that point, I know it’s all over. If she decides to get up on her own--that’s not good. She may start cleaning surfaces, trashing things. So I take notice. I reward the nose pinching (I do know that). I look at her.

So I don’t think I’ve ever watched a complete episode of the Sopranos. Couldn’t tell you whether I’ve ever watched any of the Sopranos. But of course it’s been in the background noise of popular culture for years. So right now I’m watching the final episode of the Sopranos. Why? Who could resist. The coverage. And I saw a replay of the ending. You see, that’s something I have spent time thinking about over the past two decades: endings. From what I could tell watching news accounts of this final episode, this was a protypical version of the protypical modern/postmodern ending. Don’t give them an ending. Give them play, ambiguity. Let the reader write the ending. I’m still waiting to watch this ending, but I suspect that from what I’ve heard about this ending, the “appropriate” response is laughter. This is in your face, a parody, an exaggeration, the kind of stereotype that makes you take notice. I’m told, from the news tonight, that many readers are outraged, others feel that they know the secret,, others like me are laughing. Can’t say I’m an expert on the Soprano--remember I’ve never watched them--so who knows whether I’m scratching the surface or outing my ignorance.

So why does this even intrigue me? Make me pause? Okay, I didn’t finish a doctoral dissertation on endings. But more importantly, I have spent the background reading of my past few months on a very big book. I can’t take it on planes. I can’t take it in my purse. It’s often difficult to cart into situations where I might read. So in the short run, I listen to audiobooks and read (page by page) shorter, more compact books. The big, heavy book:(916 hardback pages): Sacred Games by Vikram Chandra. A book by an Anglo-Indian writer. A book about a ganster and a cop.

I’m still watching this final episode of Sopranos. But I can see that this series and my book have themes, narratives in common. Family, religion, ethnicity, women, children, the banality of crime. . . . . . . I don’t know how my Indian book ends. Why do I care? And why do I think this has anything to do with the Sopranos.

At my work (at a software company where I do documentation), I work with our documentation team in India. I read (and listen via audio books which are wonderful because of the accents) quite a bit of Anglo-Indian literature. I spent two very painful weeks with our new “manager” in India--aspiring to success in an American company, he’s against Ghandi (our American hero), he celebrates Valentines day, he’ll eat anything (no vegetarian he), and he drove me cracy. In other words, I’m invested in endings, in reading, in India.

So the Sopranos is not yet over, playing in the background. Does any of this mean anything. Can’t say. Stay tuned. Sopranos? Indian policeman and ganster. Stay tuned. . . .
Posted by SusanS at 7:38 PM 3 comments: 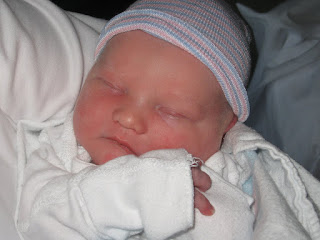 I’m a proud grandma (again, how lovely). This baby is a miracle.

You can learn about what Mom went through for Elizabeth Rose at her blogs:
Mormon Mommy Wars
Living with PKD


On her birth:
Her mom at Mormon Mommy Wars

Her dad at Times and Seasons

All in the family